Now that we have the bread dough it is time to let it rise. There will be 3 rises and then baking. 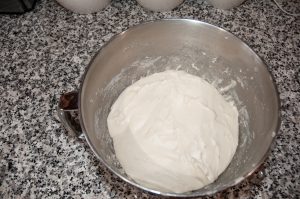 End of the first rise 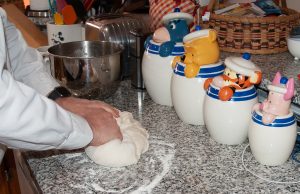 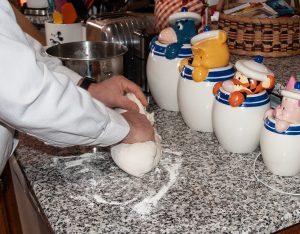 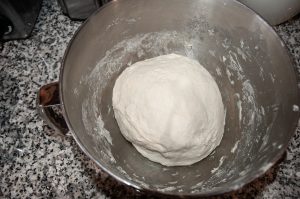 Dough ball after turning and rolling the second time

Rise 1,   1 hour  At the end of the hour, the dough will have doubled in size. Scrape the dough for the bowl with your fingertips and turn out onto the countertop which has been dusted with flour.  You can fold the dough in theirs each way or do as I do and roll it. Grab an edge of the dough ball, and start rolling that towards the center. Keep doing this until you have rolled all of the surface in – typically 3-4 turns. Pop any large bubbles along the way. Turn the dough 90 degrees and repat, starting on one end. Now it will be back into a ball shape. Return it to the bowl and cover with the damp towel .

Rise 2, 1-1.5 hours   At the end of this time scrape the dough from the bowl as before onto the floured counter top. If making loaves, split the ball in half with a pastry scraper and  then work each piece individually as before, rolling  inwards and form a pair of loaves. I place them on my pizza peel which has been liberally coated with corn meal.    Place the pastry scraper upside down between the loaves. Cover with the damp towel .

If you are cooking as one large boule in a dutch oven , roll the dough as before and the place the ball in the center of the oiled dutch oven and put the lid on. 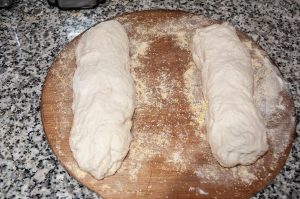 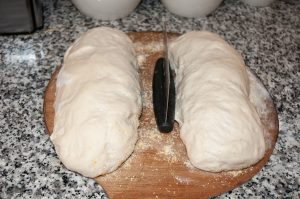 Loaves risen and ready for oven

Before the end of the rise place your pizza stone in the oven on the middle rack. Place a sheet pan on the bottom rack or the bottom of the oven. Pre-heat oven to 440F. Set for convect.   If yours does not have convection baking set for 460F.

Heat 1 cup of water to boiling (2 min in my microwave).

Transfer the loaves to the pizza stone. The scraper can help if they are sticking.

Pour the hot water in the sheet pan and quickly close the oven. 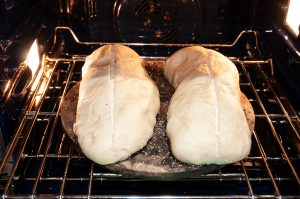 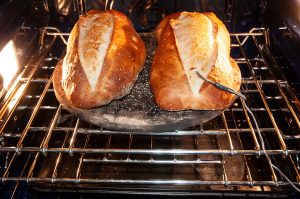 Nearly finished with temp probe in place. Look below and you can see the sheet pan

Wait 2 minutes then quickly score the top of the loaves in the pattern you desire. I use a bread knife and like one long slash in each about 3/8″ deep. No need for a fancy lame or other tool – just the bread knife.

Waiting before slashing the top, lets the skin of the dough set up a bit, and avoids deflating the loaf.

Work quickly to keep the steam in the oven.   Now you can have the kids watch see the slash open up as the bread rises further. This is known as the “oven spring”.

Set the timer for 13 minutes. At the end insert the thermometer probe close the middle of the loaf. You want 200- 205F.   I like the remote probe of the Thermoworks  ChefAlarm as I can leave the probe in and close the oven door. The alarm is normally set for 203F so I can wander around the house and do other things while the bread finishes and not worry about forgetting to pull the bread out of the oven (again).

Once the temperature is reached open the door and pull out the rack to let it cool for 3-5 min before transferring to a wire rack on the counter to cool. If the bread cools too fast, it may cave in a bit in the middle. 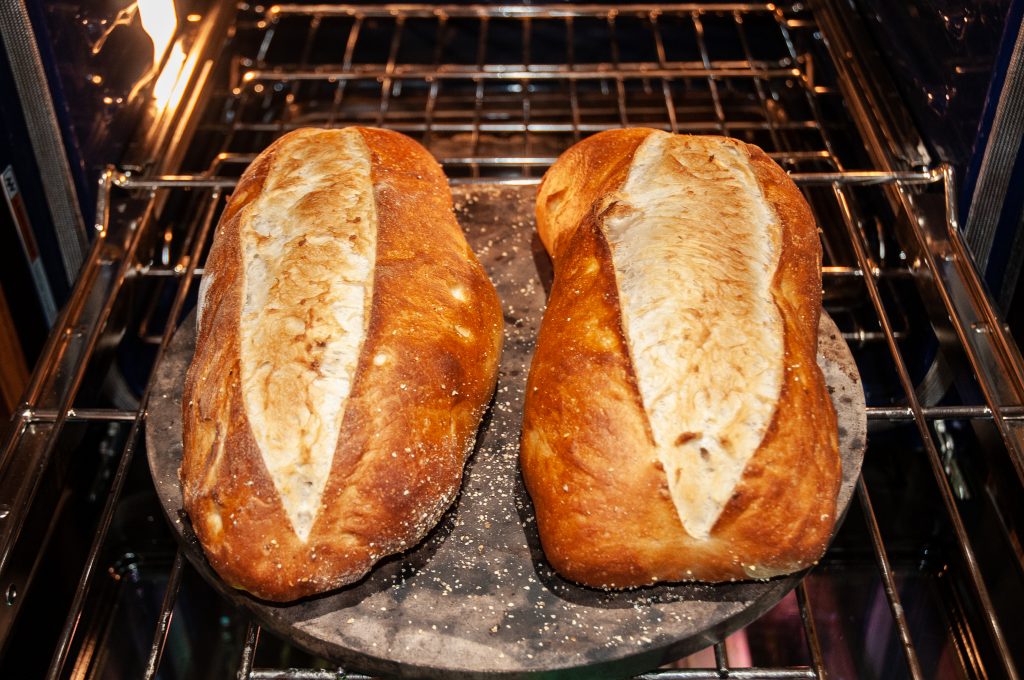 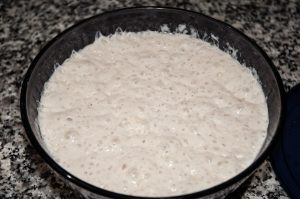 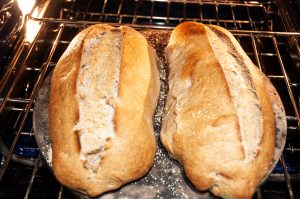 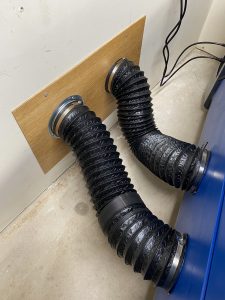 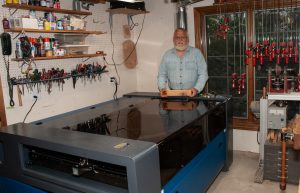 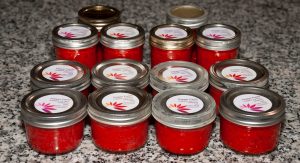