On many of our trips to Baraboo, WI to visit my Mom, we will stop at the Meat Market by the fairgrounds (It was Mueller’s way back when I was a kid). While waiting for a rib roast to be cut, which I will later cut into thick rib-eye steaks for sous vide cooking,  I was looking through the meat case and saw these gorgeous pork hocks which were calling my name.

Memories of many trips to Germany and Karl Ratzch’s restaurant in Milwaukee came flooding back. So I bought a couple. I have never cooked these before, but they turned out great.  I wish I had tried this sooner. 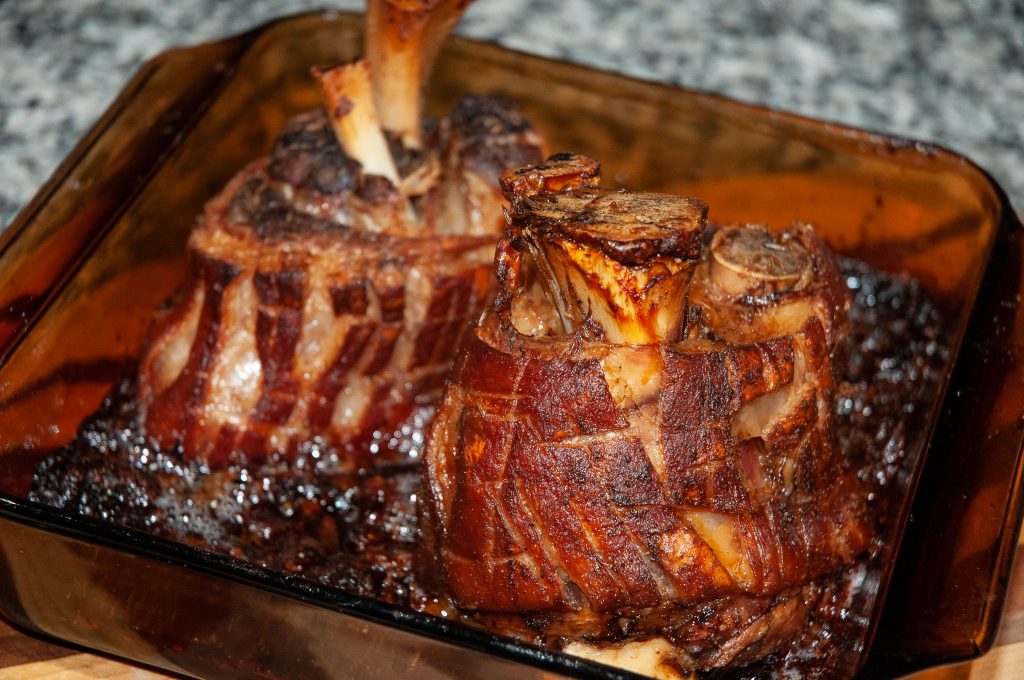 I searched for recipes and there seems to be no general consensus on the method. There are 3 camps it seems: boil and bake, bake, boil or confit (cook immersed in fat)  then deep fry.  I did find the Karl Ratzch recipe  but that is one of the deep fried variety.   There were also few sous vide variants with the water bath ranging from 150F for 48 hours to 170F for 8.  I was looking for fall apart tender so we went with 170 for 20 hours (basically put it in the water bath the night before).

Sous vide at 170F for 20 hours. Be sure to cover the pot or you will wake up in the morning with the cooker screaming and wondering how long has it not been cooking.  Use either no seasoning or some salt and pepper. You want the pork to shine in this recipe with very simple accompaniment.  Once the sous vide time is done, remove form the bag, reserving the juice.  Score the skin and fat and then carefully move into a baking dish. The meat will be soft and gelatinous at this point. It can easily fall apart, so use a spatula underneath.   Oil the baking dish (I used a 9×9 glass pan) and add 1/2″ of sweet beer (nothing hoppy). The reason for the oil is that there will be a lot of gelatin coming off the meat quickly and it can bake onto the pan as a miserable to clean, hard mess.

Place in the  oven at 350F on convect for 60 min and finish at 425F for 20 min. Keep adding beer to the pan so the drippings don’t burn!  There  will be a lot of gelatin and fat released in the cooking process.  We ended up with a 1/4″ layer of dark brown crunchy goodness on the bottom, floating on the fat. Delicious!  Better than cracklings and just as crispy.

This is like having a pig roast in the winter. Skin is crispy and the meat is unctuous, fall apart tender and juicy. Plus, we have more for left overs, such as black beans, rice and pork burritos.

Back when Karl Ratzch’s was open, if you finished one (and they were bigger than these), they brought out another for free. I did that once, but can’t imagine doing that now.  Yes, I took one bite and asked for the rest to be wrapped up to take home. 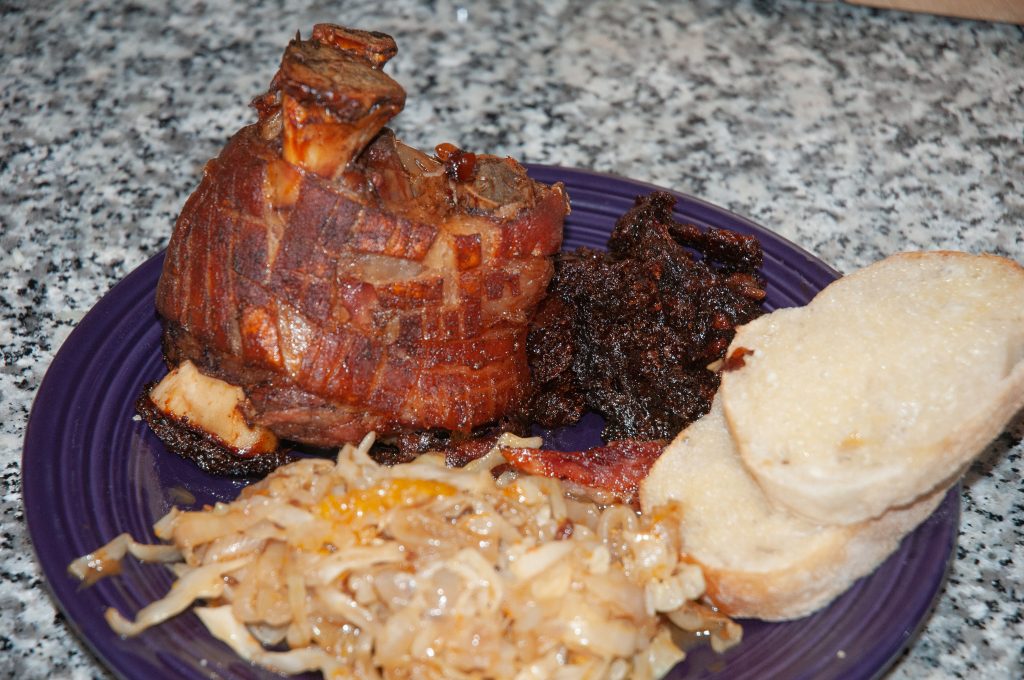 And by the way, the cost of the 2 pork shanks was just over $6.   These were originally “working class / peasant food”. You pay a high premium in a restaurant for something that is very easy to make from low cost materials.  Budget food greatness. 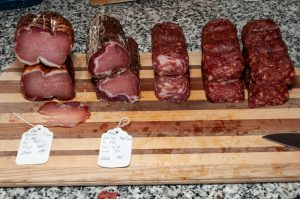 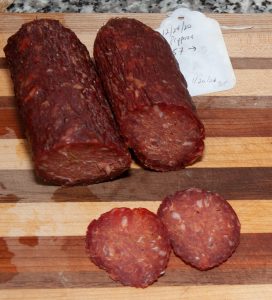 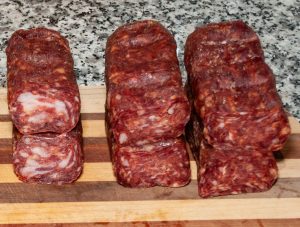