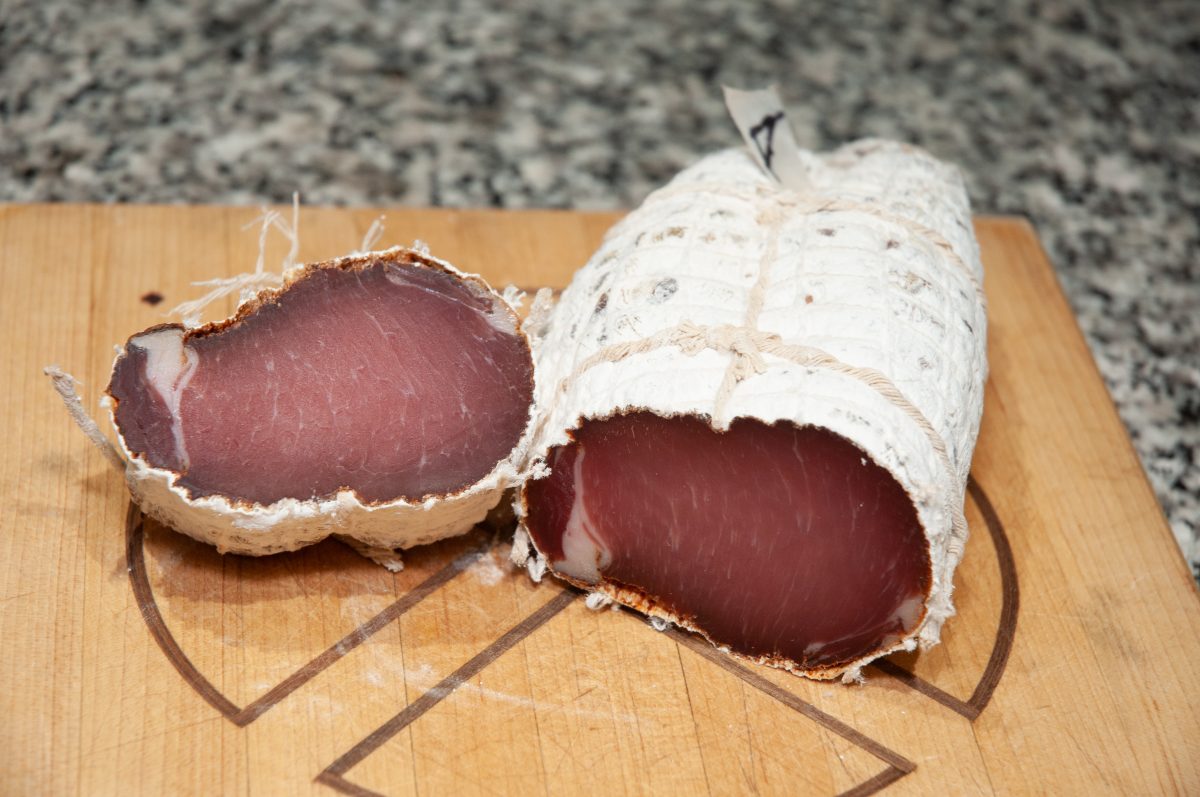 After the success of the first batch. I decided to make another larger one. This started with one of the big economy sized pork loins.   With this round, I wanted to try more seasoning variations.  So I cut it roughly into thirds, each seasoned differently.

Otherwise the preparation was the same as the first batch:  http://bronkalla.com/blog/2019/01/02/making-lonzino-dried-cured-pork-loin/

As before, after apply in the cure and spices, the meat went for 2 weeks in the crisper drawer in the fridge. Then it was wrapped in collagen sheet and trussed in butcher’s twine.

The meat was pulled from the dry box in early June and portioned out. Each stick was cut in half for freezing or eating.

Aging for another month in the fridge in a plastic bag, the color variation evens out and the flavor mellows even more.

Yesterday we had a party,  with this thin sliced and served as one of the appetizers. After the initial fear of trying meat that had not been cooked subsided, the vote was unanimous – MAKE MORE!  With the extra 6 weeks in the fridge, the flavors are even more mellow with a slight buttery note.