The wheels were laced up and the spokes initially tightened. The Atomic Zombie tutorial videos were great.  Plus Sheldon Brown’s wheelbuilding page yield more detail.  The primary means of keep everything straight is simple turns counting. 4 turns initially, 2 , and then checking against a stationary reference. I did this on the desk by placing the wheel next to a soda can and spinning, using the can lettering as a reference in the vertical direction and rubbing against the side in the horizontal.

One of the keys in keeping the wheels straight is also in the stretching and seating of the spokes by grabbing groups of them and squeezing.  After a while, tightening the spokes and tweaking the rim wobbles less and spokes sing when plucked.

I don’t have a truing stand but I do have dial indicators and a large, rigid stationary reference – the Bridgeport mill!  I mounted one of the axles in the vise. Then Placed the wheel on the axle . Next I positioned the test indicators, with on in the spindle chuck and another on a magnetic base on the table.   The worst case run out was total 0.030 inch (0.7mm) as set by the soda can method. Final runout was less than 0.010 inch (.25mm).  This should be close enough. I can re-tweak it later if necessary.

Overall, it worked great for a simple kludge method without specialized single purpose tools. This would have worked nearly as well with a table saw, jointer table, welding table or reasonably large steel plate or I beam as the reference and a pair of dial indicators on magnetic bases, like the one I am using on the vertical direction. These are quite inexpensive ($30-40 each) when ordering from Grizzly, CDCO, Amazon or even Harbor Freight.   The test indicators I used are a step up from the budget units, but the basic 1″ travel indicators would do just fine.  The Starrett test indicator I am using was eBay find. 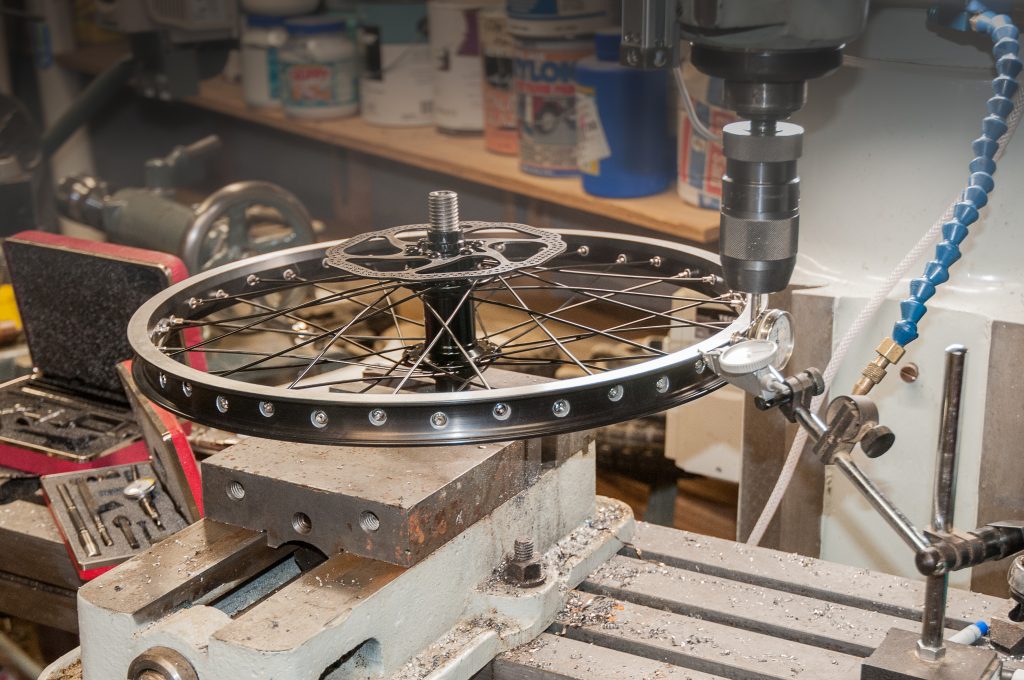 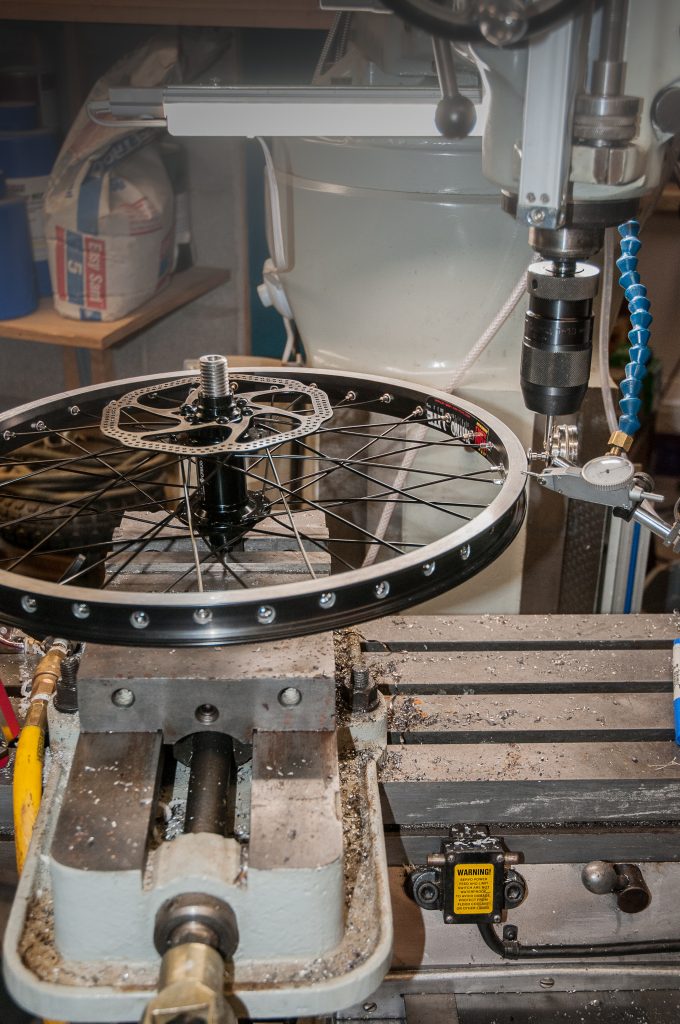 Being able to adjust the spokes directly under the vertical dial indicator was quite convenient. 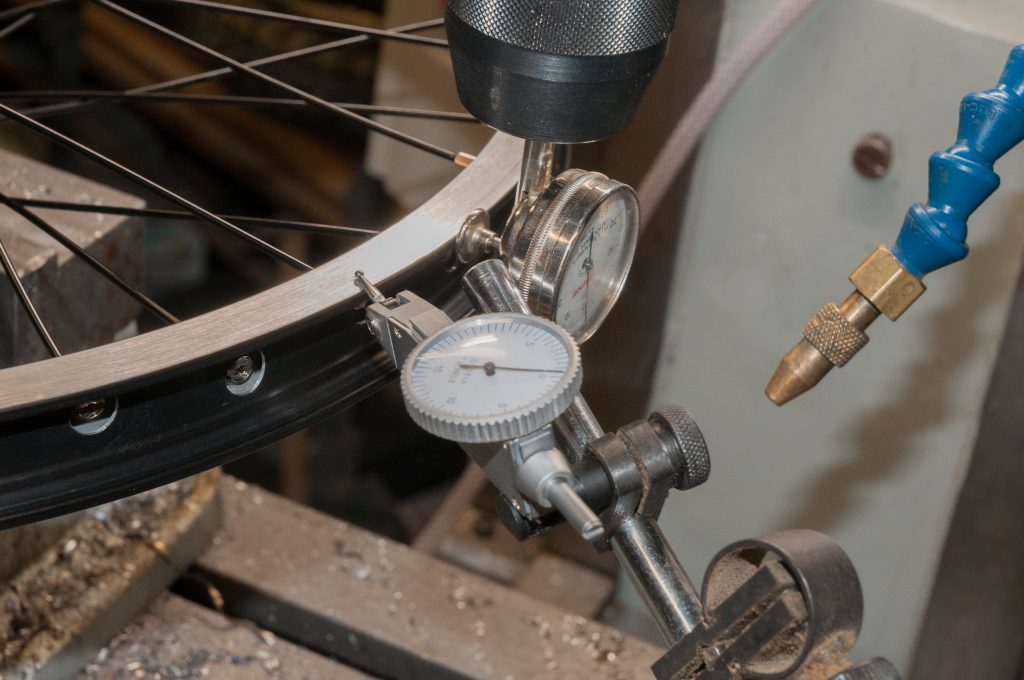 The Mill and Lathe were both school shop drop outs. With the current lack of support for skilled trades, many schools have been dumping their machine tools and shop programs which is a travesty.  The lathe came out of a Milwaukee high school (First Division?) and the mill came of Milwaukee Area Technical College. Both underwent multi-month complete rebuilds as they were moved into my basement shop.  It is a joy to use real heavy weight tools. However it is a sometimes back breaking and tedious process to break them down to components and bring to the basement for cleaning, adjustment, painting and reassembly. These join other rebuilds such as my 14″ Radial Arm saw ,16″ Jointer and others that range from 50 -125 years old.  Plus there are also scratch built tools such as the 4×5′ bed 3HP CNC router.